The Scariest House in Ossining | InOssining.com Skip to content

The Scariest House in Ossining

Ossining resident Craig Pincus claims to have The Scariest House in Ossining. So I sent him an email and asked him if I could check out the “Pincus Asylum,” a Halloween graveyard he built in the front yard of his house at 6 Stone Ave. He replied saying that his display was ready to be seen and that he usually turns on the lights from 7:30 until 10 pm, but it can be a little earlier or later depending on when he gets home from the city (he’s a chef in NYC).

So I took my camera and invited my family to visit The Scariest House in Ossining. It was a fun Halloween activity to do after dinner and before bedtime, and I’m happy to report that although they were scared by parts of it, my kids didn’t have nightmares after our little adventure. Some of it is definitely a bit intense for young children though, as you can see from the pictures below! After visiting Craig’s house I had SO MANY QUESTIONS. Like, where does he keep the decorations the 11 months of the year they aren’t in  use, and how long has he been collecting items for the display? So I sent Craig another email and this is what I learned:

1. This year Craig started building the asylum walls towards the end of May. Between having 3 kids and being a chef in the city, he doesn’t have too much free time.

2. The setup is faster than one would think, only because he pre set it up in the backyard to make sure it all goes together smoothly. After he’s satisfied with how it looks (in the backyard), he numbers the walls and doors so he can put it all together in his front yard in a couple of days.

3. He has no idea how many pounds of candy he gives away but he usually runs out every year. Last year he made 15 gallons of lemonade and because it was a success he’s planning on doing it again this year.
He says it is more about the experience than the candy, and that a lot of people are too scared to walk up to the house so they just wave and yell hi from the street instead.

4. He stores most of the decorations in storage units off premises. But because this is his 9th year doing a big Halloween set up, he’s starting to accumulate to a lot!  He has a different theme each year and changes 80% of the display. He makes about 90% of what you see! On Halloween night he’ll wear a super scary costume and have candy, lemonade, and an electric chair where people can take photos and keep them as warm and fuzzy memories of the asylum. To get an idea on what to expect on Halloween night, you can see a video below from Halloween 2017. The theme for that year was Pincus Carnival. 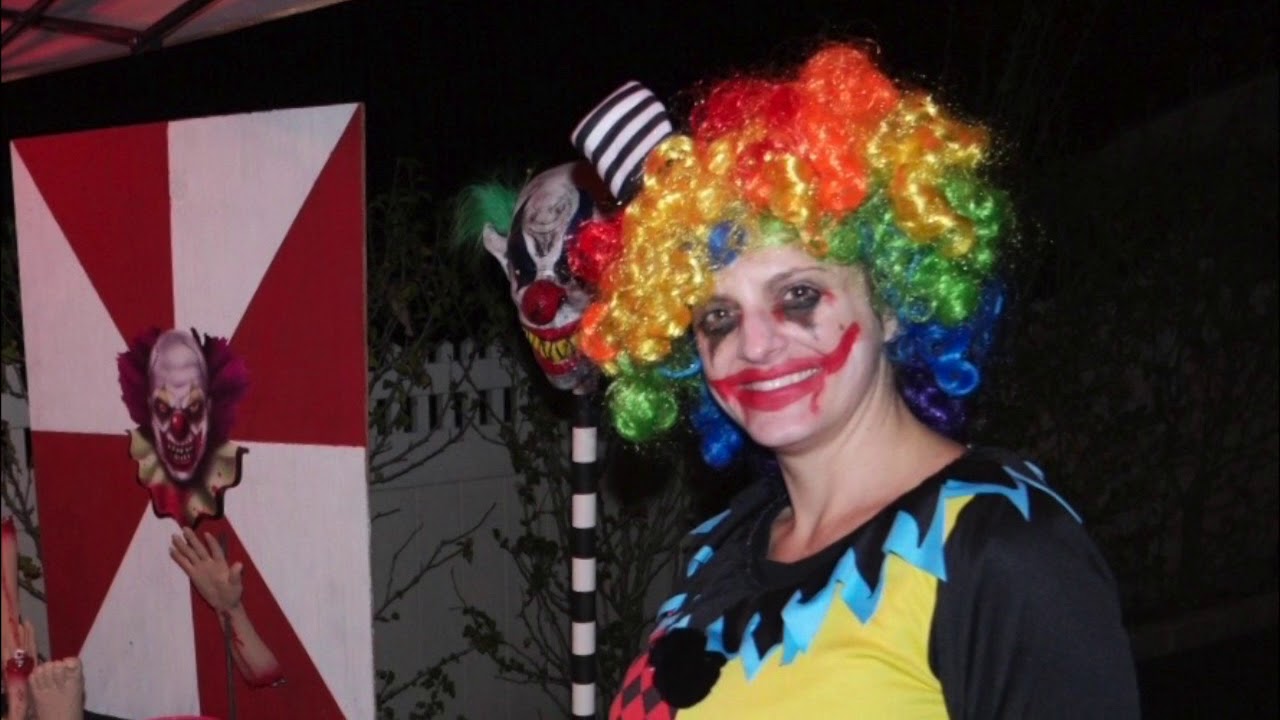 In case you missed it at the top of the article, the address is 6 Stone Ave, Ossining, and the lights will be on most nights from around 7:30pm to 10pm. If you go on Halloween, the festivities will be between 6pm and 9pm.

Thank you Craig for putting this together and sharing it with the community!